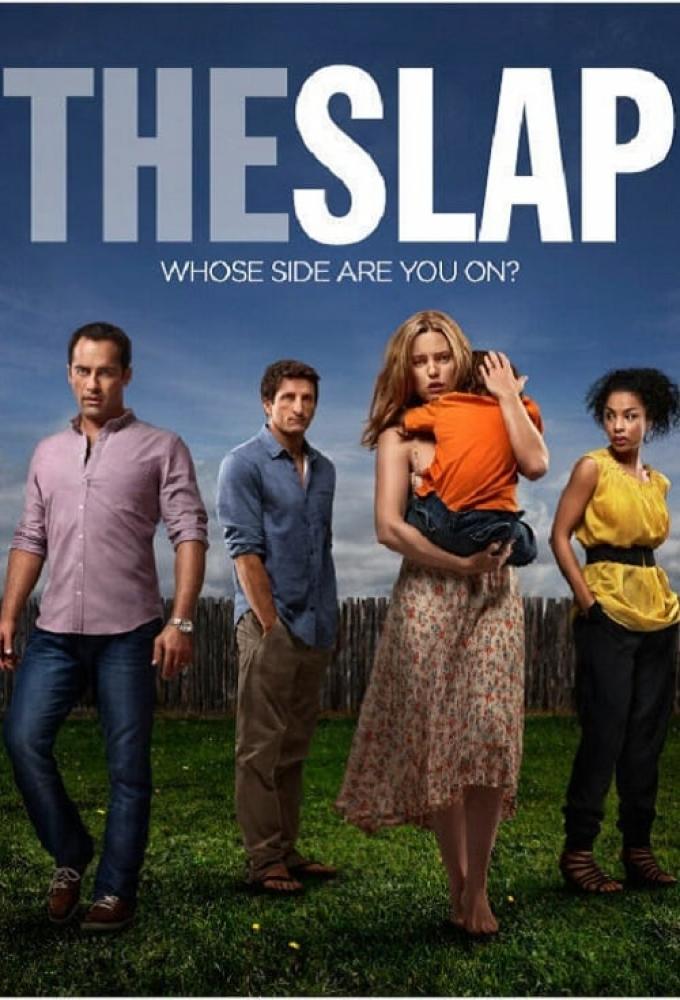 The Slap is an Australian television drama series. It was first broadcast on ABC1 from 6 October to 24 November 2011. The series is based on The Slap, a 2008 multi-award winning novel by Australian author Christos Tsiolkas, which explores what happens when a man slaps a child, who is not related to him, at a suburban barbecue. Filmed in Melbourne, Victoria, the series was produced by Matchbox Pictures' Tony Ayres, Helen Bowden and Michael McMahon, with Penny Chapman serving as executive producer. The directors; Jessica Hobbs, Matthew Saville, Tony Ayres and Robert Connolly, directed two episodes each. The writing team included Emily Ballou, Alice Bell, Brendan Cowell, Kris Mrksa and Cate Shortland.